ECAM: An Excel-Based Tool for Finding and Measuring Energy Savings

Download the current version of ECAM or user guide

Bill Koran conceived and created ECAM, and continues to lead new improvements. Gina Hicks implemented many of the most recent features and made ECAM more robust and easier to learn.

The Bonneville Power Administration (BPA) has contributed significantly to recent ECAM development. Recent new features funded by BPA include further automation and additional charts to support Strategic Energy Management, improvements to data resampling to better handle energy data as well as power data, and more flexible ways to organize the data for modeling.  BPA also funded the updating of the User Guide to include the new features as well as previously undocumented features.

Improvements currently being funded by BPA include automated downloads of historical and TMY3 weather data, an all-fuels model, statistical identification of changes in energy use behavior, identification and handling of outlier points, and additional M&V model checking and guidance.  Improvements in the estimation of energy savings uncertainty will also be part of the next ECAM release.

ECAM is a vital tool for the Navy to execute its Shore Energy Strategy. Providing powerful analytical tools for everything from the master installation and the building meters, all the way down to the individual pieces of HVAC equipment, ECAM has the flexibility to meet our needs for historic metrics, M&V, and efficiency optimization. ECAM is helping find and eliminate wasteful energy consumption today. Huge value added!
Commander Burr M Vogel
U.S. Navy

ECAM meets most M&V needs for IPMVP Options A, B, or C, using these features: 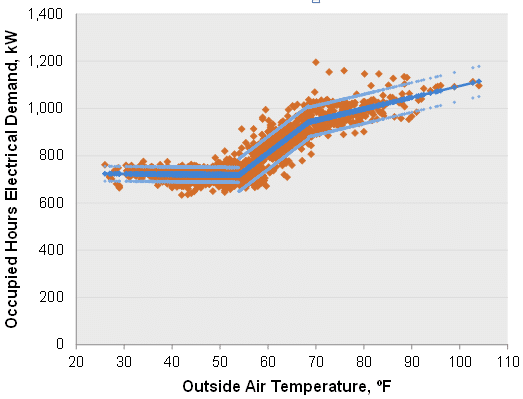 The analysis and modeling capabilities facilitate optimization, such as determining the optimum chilled water supply temperature supplied from a central plant under differing conditions of load and weather.

ECAM automates many tasks that are commonly performed by energy engineers and analysts:

Many Types of Charts 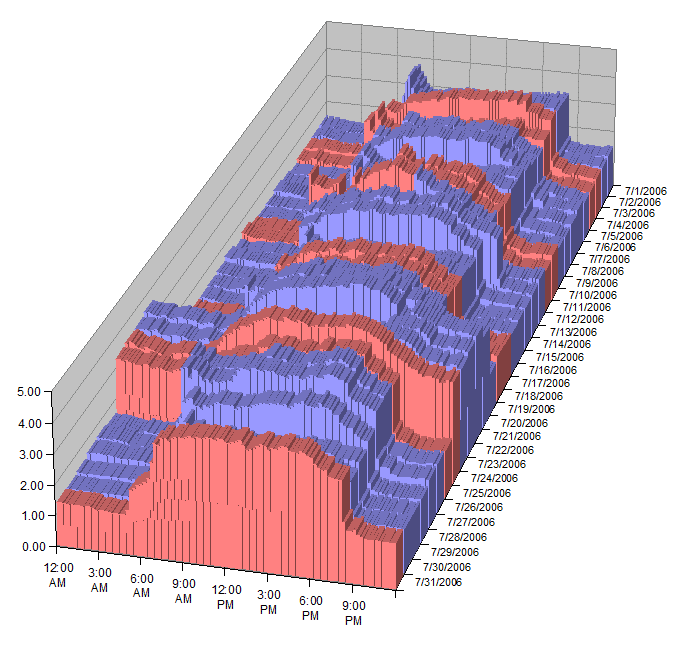 For more information or an ECAM demonstration, contact Michael Baker via email or phone (425) 827-0330.